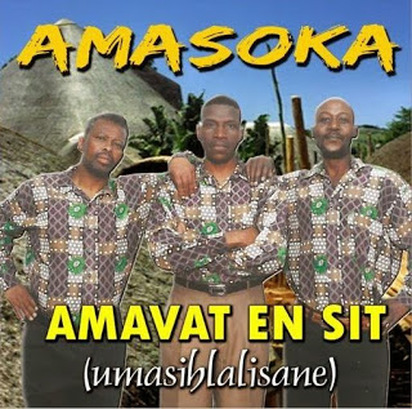 The group AMASOKA started back in 1998 as AMASOKA AKANGWANE in the East Rand area in Gauteng province as the then manager came from our neighbouring state of Swaziland also known as Ka Ngwane .The original founder is Jabulani Thethwayo who was born Mtubatuba North of Kwazulu Natal province , as time went on he settled in Ulundi one the areas that are rich in history. In Gauteng he teamed up with Petros Dlanngamandla ,  Zethule Khuboni and Lucky Nkosi automatically  changed the name to AMASOKA in 2000.

Members of the group were inspired by different traditional and mbaqanga groups of yester years such as SOUL BROTHERS, ABANGANI , ABAFANA BASE QHUDENI and THISHA NZUZA to name just a few. They tried their luck with  different record companies without success and landed a deal with One Wish Entertainment an independent label, history has shown that INDIES all over the world have discovered many big stars that were not seen to be good enough by major record labels .Despite economic challenges INDIES are willing to risk and put resources on artists and untried sounds.

This is the group’s first album called AMAVAT EN SIT under One Wish Entertainment (UMASIHLALISANE/COHIBITING) which incorporates elements of traditional and various other styles of music in the continent but deeply rooted in their own towns and village. Given fair amount of airplay the album will be successful. It is with great pleasure that we present this act which is among those that are enhancing and preserving our culture.